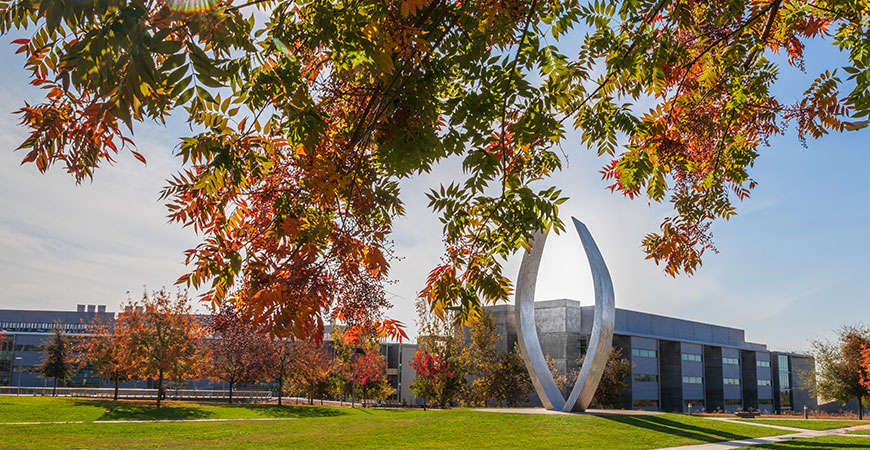 The campus has seen big changes this year.

Armando Quintero’s passion for water, conservation, nature and responsible stewardship has carried him through his life, from his days as a National Park ranger, artist, teacher and leader of natural history journeys to his executive director position with the Sierra Nevada Research Institute.

Now those passions, experiences and all the lessons learned have propelled him into a new career. Gov. Gavin Newsom recently appointed Quintero as the new director of the California State Department of Parks and Recreation.

“Everything that has inspired me is what I will bring to this new role,” said Quintero, whose last day with SNRI is Aug. 31.

Quintero joined the campus in 2008, working in Development, now known as the Department of Philanthropy and Strategic Partnerships, after a 22-year career in National Parks and a decade as a stay-at-home father to his two daughters.

His departure leaves a hole in the SNRI family.

“His commitment to education through research, and increasing representation through building meaningful partnerships, has been self-evident and a huge asset to campus,” evolutionary ecology Professor Michael Dawson said. “The depth of his experience, drawn from many roles within and outside the university, has given him important perspectives for building effective bridges.”

“The areas that have been the focus of our researchers since SNRI’s creation have now become the focus of the world. The power of the UC Merced research community is astonishing, and UC Merced’s students are the future. I continue to think about how to engage UC Merced for the benefit of all of California.”

While in the park service, Quintero was a ranger as well as a personnel specialist at the NPS Regional Office. He also served assignments overseas as well as at the Western Regional Office, Point Reyes National Seashore, Sequoia and Kings Canyon national parks and the John Muir National Historic Site.

He created a special events team for the Golden Gate National Recreation Area, which handled 1,500 special park-use permits/events a year, from small weddings to movie productions such as the Nicolas Cage-Sean Connery film “The Rock” on Alcatraz Island. His accomplishments include developing a highly successful cost-recovery program and securing large events that benefitted the public and the parks. Rather than a “leave no trace” philosophy, he implemented event agreements that sought to “increase the preservation and visitor experience.”

“I really like to find solutions where there are multiple wins,” Quintero said.

His history and strong ties with the parks service have been of great value to SNRI and the UC Natural Reserve System, said Professor Sam Traina, SNRI’s founding director.

“He is extremely well-connected in the areas of natural resources, conservation and water policy, as well as the broader topic of environmental stewardship,” Traina said. “These connections have been very beneficial to many of the missions of the faculty and students of UC Merced.”

As a stay-at-home dad, he focused on what he wanted to do with his life and his energies. He pursued his art — paintings, illustrations, multimedia gallery installations and murals, photography and teaching.

“A lot of my art comes from my dreams,” he said. But he also produces scientifically accurate drawings of wildlife and has illustrated field guides and brochures.

Quintero’s long list of accomplishments, appointments and service have earned him the respect and support of everyone with whom he works. A Marin County resident, he was appointed by Gov. Jerry Brown to the California Water Commission in 2014, and he has been the elected chair of the commission since 2016. He is also an elected member and twice former board president for the Marin Municipal Water District, which he has been part of since 2009.

“Throughout his years at UC Merced, Armando has built many important relationships with public and private-sector partners that advance research, bring our research products into use for decision-making around resource management, and raise the profile of the campus as a leader in charting a sustainable future for the region,” Bales said.

With Quintero’s resignation, leadership at SNRI will have undergone a complete change, as Bales also stepped down this year. Professor Tom Harmon is stepping into the role.

Quintero said he had planned to retire from the UC — someday — and was looking forward to working with Harmon to advance SNRI’s mission.

“The areas that have been the focus of our researchers since SNRI’s creation have now become the focus of the world,” Quintero said. “The power of the UC Merced research community is astonishing, and UC Merced’s students are the future. I continue to think about how to engage UC Merced for the benefit of all of California.”

But when the governor calls, you answer.

In his new position, Quintero will oversee 280 state parks, the divisions of Boating and Waterways and Off-Highway Motor Vehicle Recreation and the state Office of Historic Preservation. He will be responsible for more than 5,000 employees and a budget of about a half-billion dollars a year. He said he looks forward to “working with the extraordinary employees and the stakeholders of the California State Parks to advance access, equity, inclusion and the establishment of new parks in more communities in California.”

When he accepted the position, something occurred to him:

“It is an honor to be moving into a position that taps into my passions as a kid, playing in creeks and hills, and to all the tendrils of my career paths. I think of all the people with whom I’ve worked and the range of lessons that I bring forward into this next adventure,” Quintero said. “The UC Merced community is a pillar in my world.”