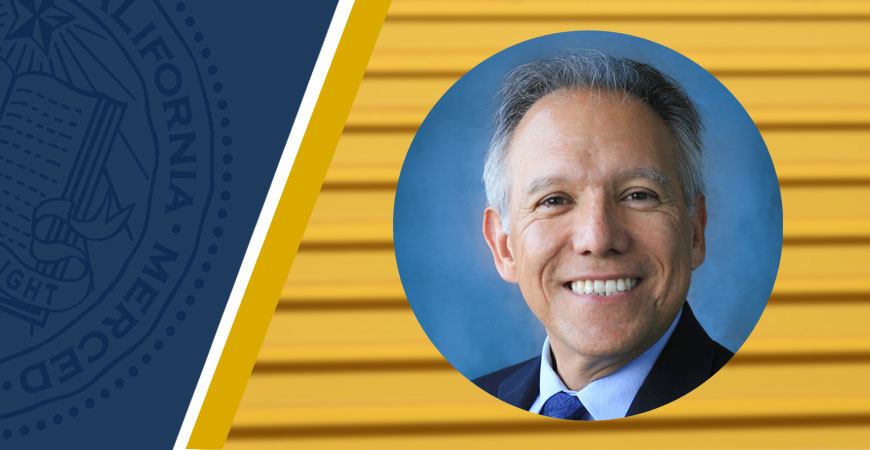 The Center for Minorities and People with Disabilities in IT (CMD-IT) announced Professor Juan C. Meza as the 2022 recipient of the Richard A. Tapia Achievement Award for Scientific Scholarship, Civic Science and Diversifying Computing.

The award is named for mathematician and Rice University Professor Richard A. Tapia and is given to a computational scientist, computer scientist or computer engineer each year based on distinguished scholarship, leadership in civic areas and significant contributions made to increasing the participation of underrepresented communities in computing.

“Nearly two decades ago, in 2003, I served as the general co-chair for the Tapia Conference. It has been incredible to witness the continued growth of the Tapia conferences and our efforts to increase diversity in computing since then,” Meza said. “It is an honor to return to the conference as a recipient of the Richard Tapia award and take this opportunity to share my experiences fostering more inclusive scientific environments.”

Meza, with the Department of Applied Mathematics, recently returned to his full-time academic position at UC Merced after serving as director for the Division of Mathematical Sciences with the National Science Foundation since 2018. He also served as dean of the School of Natural Sciences at UC Merced from 2011 to 2017.

He earned his Ph.D. in Computational & Applied Mathematics; his M.S. in Electrical Engineering/Computer Science; and his B.S. in electrical engineering/computer science, all at Rice University.

Before joining UC Merced, Meza was department head and senior scientist of high-performance computing research at Lawrence Berkeley National Laboratory, where he helped grow research funding levels and established collaborations with the lab’s Earth sciences, environmental energy technologies, physics and genomics divisions. In addition, he was a distinguished member of the technical staff at Sandia National Laboratories, while also serving as a senior technical advisor at the Department of Energy’s National Nuclear Security Agency in Washington, D.C., as part of the Advanced Strategic Computing Initiative program.

In his academic life, he also served as an adjunct professor at San Diego State University and a lecturer and research associate at Rice University.

He is a Fellow of the American Mathematical Society, the Society for Industrial and Applied Mathematics, and the American Association for the Advancement of Science. Meza was named one of Hispanic Business magazine’s “Top 100 Influentials of 2009” and one of the “Top 200 Most Influential Hispanics in Technology” by Hispanic Engineer and Information Technology magazine in 2011. He won the Rice University Outstanding Engineering Alumni Award in 2013; was named an Association for Computing Machinery Distinguished Speaker in 2011; participated in the IEEE Computer Society Distinguished Visitor Program in 2010; won the Association for Computing Machinery’s Gordon Bell Prize — a special award for algorithm innovation — in 2008; was named the Society for the Advancement of Chicanos and Native Americans in Science Distinguished Scientist in 2008; and won the Blackwell-Tapia Prize the same year.

“Professor Meza’s academic excellence and commitment to diversity in computing are evident from his effective leadership in the area of computational science. We recognize his long-term contributions as a mentor and leader in applied mathematics with this award,” said Dr. Valerie Taylor, the CEO and President of CMD-IT.

Meza will receive his award at this year’s CMD-IT/ACM Richard Tapia Celebration of Diversity in Computing Conference in Washington, D.C., in September.

The Tapia Conference is the premier venue to acknowledge, promote and celebrate diversity in computing. This year’s Tapia Conference theme is “A Time to Celebrate! Resilience, Adaptability and Innovation in Computing.” Last year, the conference included over 2,500 attendees, with students from more than 250 colleges and universities.