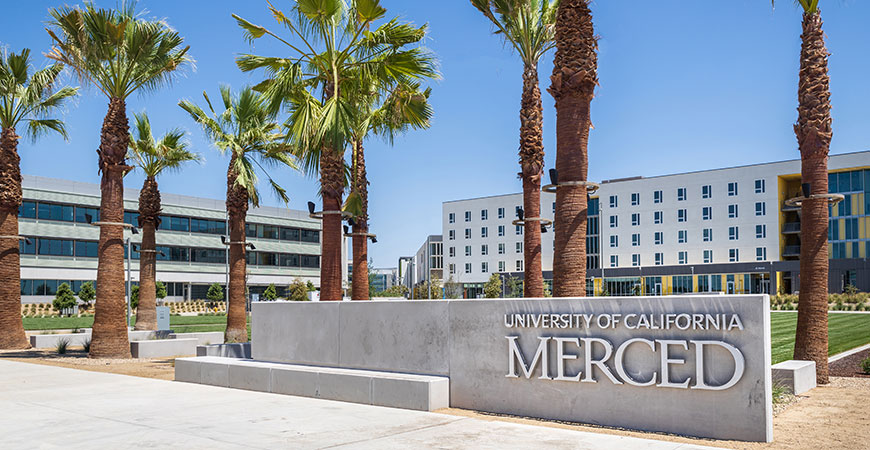 UC Merced is being recognized among the world's best young universities. Image by Veronica Adrover.

UC Merced has earned the distinction of ranking No. 20 among the world's Rising Young Universities, according to the just-released Nature Index 2021 Young Universities — the only U.S. institution to place in the top 25.

This new issue of the Index, run by the prestigious Nature Publishing Group, highlights the National Science Foundation-funded CREST Center for Cellular and Biomolecular Machines (CCBM) in the context of UC Merced and features an interview with bioengineering Professor Victor Muñoz, who co-directs the CCBM with physics Professor Ajay Gopinathan.

The CCBM was recently renewed by the National Science Foundation (NSF) for an additional $5 million in funding, through 2026.

In the interview, Muñoz focuses on the center’s research, education and training, broadening participation, and service goals, as well as its vision for the coming years. He also brings attention to UC Merced’s accomplished faculty and graduate and undergraduate students, as well as its high-impact research.

“We are thrilled that this high-visibility feature in Nature Index will further expand the growing national and international recognition of the campus in general and of CCBM in particular,” Muñoz said.

The Nature Index is a database of author affiliations and institutional relationships, according to the publisher. The index tracks contributions to research articles published in 82 high-quality natural science journals, including Nature, chosen by an independent group of researchers.

The Nature Index provides absolute and fractional counts of article publication at the institutional and national level and, as such, is an indicator of global high-quality research output and collaboration, the publisher said.

The increased recognition that rankings like this bring to UC Merced strengthens the campus’s mission to grow in research and educational capacity and to increase in global stature.

“We are proud to serve as a focal point for such exciting interdisciplinary research on campus, while also training the next generation of academic and industry leaders in biotechnology,” Gopinathan said.

Learn more about the CCBM.