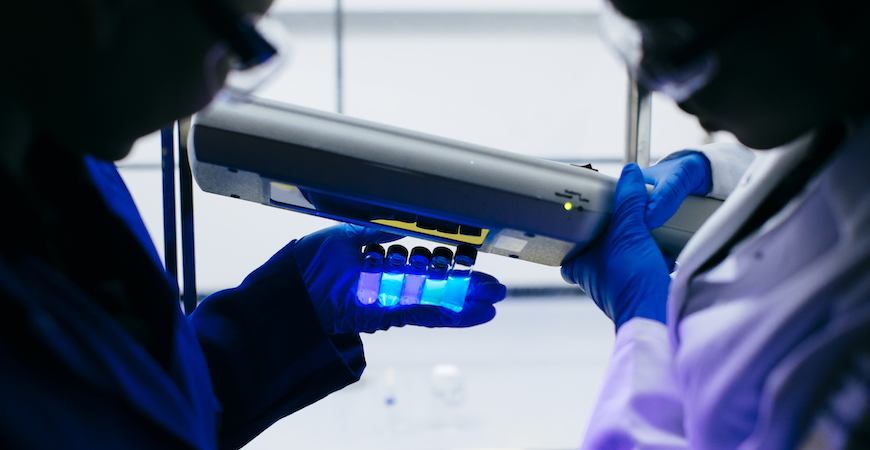 For the first time, UC Merced’s doctoral programs in the sciences have been ranked among the best in the nation, according to U.S. News & World Report’s 2019 edition of Best Graduate Schools.

U.S. News ranks graduate science programs based solely on peer assessment surveys sent to academics in each field, reflecting the growing prominence of UC Merced faculty in the minds of scientists and academics nationwide.

“With four of our disciplines in the sciences debuting on this year’s list, it is clear that UC Merced faculty and graduate students are being widely recognized for their significant contributions to science by experts and leaders in their respective fields,” said Dean of Natural Sciences Betsy Dumont.

Engineering school rankings are based in part on peer surveys, but also on other factors such as acceptance rate, research expenditures and number of Ph.D.s granted. UC Merced’s School of Engineering is ranked No. 132 in the nation.

Two engineering specialties were also ranked among the nation’s best, one for the first time. The environmental engineering program, which debuted on last year’s list, came in at No. 76. Mechanical engineering debuted at No. 126 in the rankings.

“The inclusion of the School of Engineering in U.S. News rankings for the third time reflects the growing reputation of the school and the quality of its faculty and graduate students,” said Dean of Engineering Mark Matsumoto. “The fact that we had a number of engineering specialties ranked, including environmental and mechanical engineering, further reflects the high esteem in which we’re held by engineers in every discipline.”

Having so many of our graduate programs counted among the nation’s best is an impressive feat for a university less than 13 years old. It’s especially impressive when one considers that every other university ranked is at least 30 years older than UC Merced.

Disciplines spanning all three of UC Merced’s schools are now represented in the U.S. News graduate program rankings. The School of Social Sciences, Humanities and Arts appeared last year, when UC Merced ranked No. 90 in psychology.

“Having so many of our graduate programs counted among the nation’s best is an impressive feat for a university less than 13 years old,” said Vice Provost and Graduate Dean Marjorie Zatz. “It’s especially impressive when one considers that every other university ranked is at least 30 years older than UC Merced. These rankings show that we are already seen as serious contenders when it comes to graduate education and research excellence.”

The rankings are a testament to UC Merced’s increasingly mature and prolific research enterprise. Many young faculty members are rising to prominence at UC Merced, as evidenced by the 16 NSF early-career awards they’ve received, which means roughly one in every 15 faculty members has won this prestigious award.

The university’s interdisciplinary approach to research can be seen in the Center for Cellular and Biomolecular Machines — funded by a $5 million grant from the National Science Foundation’s Centers of Research Excellence in Science and Technology (CREST) program — and the NASA-funded Merced nAnomaterials Center for Energy and Sensing (MACES). And in 2016, UC Merced received two NSF Research Traineeship grants, in Innovations in Graduate Education and Intelligent Adaptive Systems.

UC Merced’s inclusion in the graduate school rankings also reflects a growing trend of national recognition for the university. In 2017, U.S. News ranked UC Merced No. 165 on its Best Colleges list. That same year, Washington Monthly placed it in the top 10 for the success of its first-generation and underrepresented students; the Sierra Club ranked it No. 50 for sustainability; and College Raptor ranked it No. 12 among Hispanic-Serving Institutions. This is in addition to the many accolades the university has received in recent years.