In recognition of his contributions to object tracking and face recognition research, Professor Ming-Hsuan Yang has been elevated to the status of Fellow in the Institute of Electrical and Electronics Engineers.

He has been a member of the IEEE since 1998 and was a senior member before this change was announced.

“This is a real honor,” Yang said. UC Merced has one other IEEE fellow, Professor Mukesh Singhal. Fellowship is granted to less than 0.1 percent of the IEEE’s voting members annually, and only after a long and rigorous nomination and review process.

“The IEEE Grade of Fellow is conferred by the Board of Directors upon a person with an extraordinary record of accomplishments in any of the IEEE fields of interest,” the group writes.

Yang’s fellowship officially begins in January. He has been with the campus since 2008 and is a member of the Department of Computer Science and Engineering in the School of Engineering. He is a professor of electrical engineering and computer science, and runs the Vision and Learning Lab. His research interests include computer vision, pattern recognition, artificial intelligence, robotics and machine learning.

Besides being an IEEE fellow, he will serve as program co-chair of the IEEE International Conference on Computer Vision in 2019. Yang received the Google Faculty Award in 2009, and the Distinguished Early Career Research Award from the UC Merced Senate in 2011. He also received the Faculty Early Career Development (CAREER) award from the National Science Foundation in 2012 and the Distinguished Research Award from UC Merced Senate in 2015. 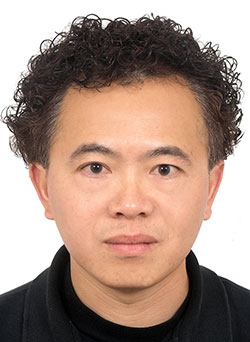