Despite Farms, Some in Valley Struggle to Find Fresh Food 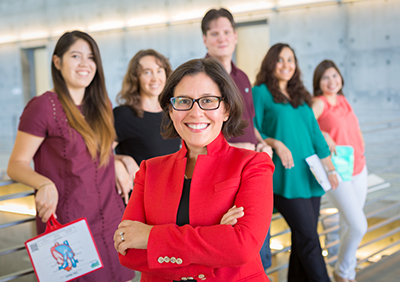 It might come as a surprise that, in a region where agriculture is so prevalent, many people in the San Joaquin Valley cannot afford fresh, quality produce or live too far from grocery stores, farmers markets and other sources.

The study is part of a three-year collaboration to prevent chronic disease — a project led by the Merced County Department of Public Health, funded by the Centers for Disease Control and Prevention, and involving more than 40 local organizations. Ramirez surveyed local residents’ behaviors and perceptions of health and safety in the community.

And those who don’t live close enough to grocery stores often shop for fruits and vegetables instead at discount and dollar stores, where produce is more expensive and the quality is poor.

The issue of affordability was a major factor that defined “access” in Ramirez’s study.

“Researchers and advocates usually think of ‘access’ in terms of physical proximity to grocery stores,” Ramirez said. “But our study showed that cost was actually a huge barrier to have a having a better diet.”

Some participants said they are able to get healthy foods from nontraditional outlets like fruit and vegetable stands on farms and roadsides, at swap meets, or from mobile fruit vendors. Neighbors also share gifts of fruits and vegetables.

“I’ve been checking out the (fruit and vegetable) stands,” one study participant said. “That’s actually been cheaper than it has been at the stores. And you can’t get it any fresher.” However, access to nontraditional outlets is not guaranteed.

Another finding from the work was that people simply didn’t have access to the information they needed to be healthy. Ramirez said there is a major lack of health information in the Merced community — surprising, given that we live in the information age — and this was an issue that many people identified as critical for being healthy.

In response to this concern, her team is working to identify channels for disseminating health information and will work to provide local, relevant and useful health information to the community. The researchers have also learned there is a need to raise awareness about the programs offered by organizations across the community to prevent chronic disease.

“The students have been tremendously helpful in connecting with community residents, going out all over to interview residents about their experiences and health challenges,” Ramirez said. “The fact that so many of our students come from this community and look like the community has really helped us to build a positive relationship for future research partnerships.”

Ramirez, a professor with UC Merced’s School of Social Sciences, Humanities and Arts and Health Sciences Research Institute, said the program has been dubbed “All In for Health — Merced County,” and the Department of Public Health plans to roll out the branding for the initiative over the next year.

“Currently, Merced County suffers from disproportionately high rates of preventable chronic disease and social and behavioral risk factors for disease, including obesity, poor diet and low physical activity,” Ramirez said. “The overall goal of the project is to make it easier for local residents to eat more fruits and vegetables and get more physical activity.”