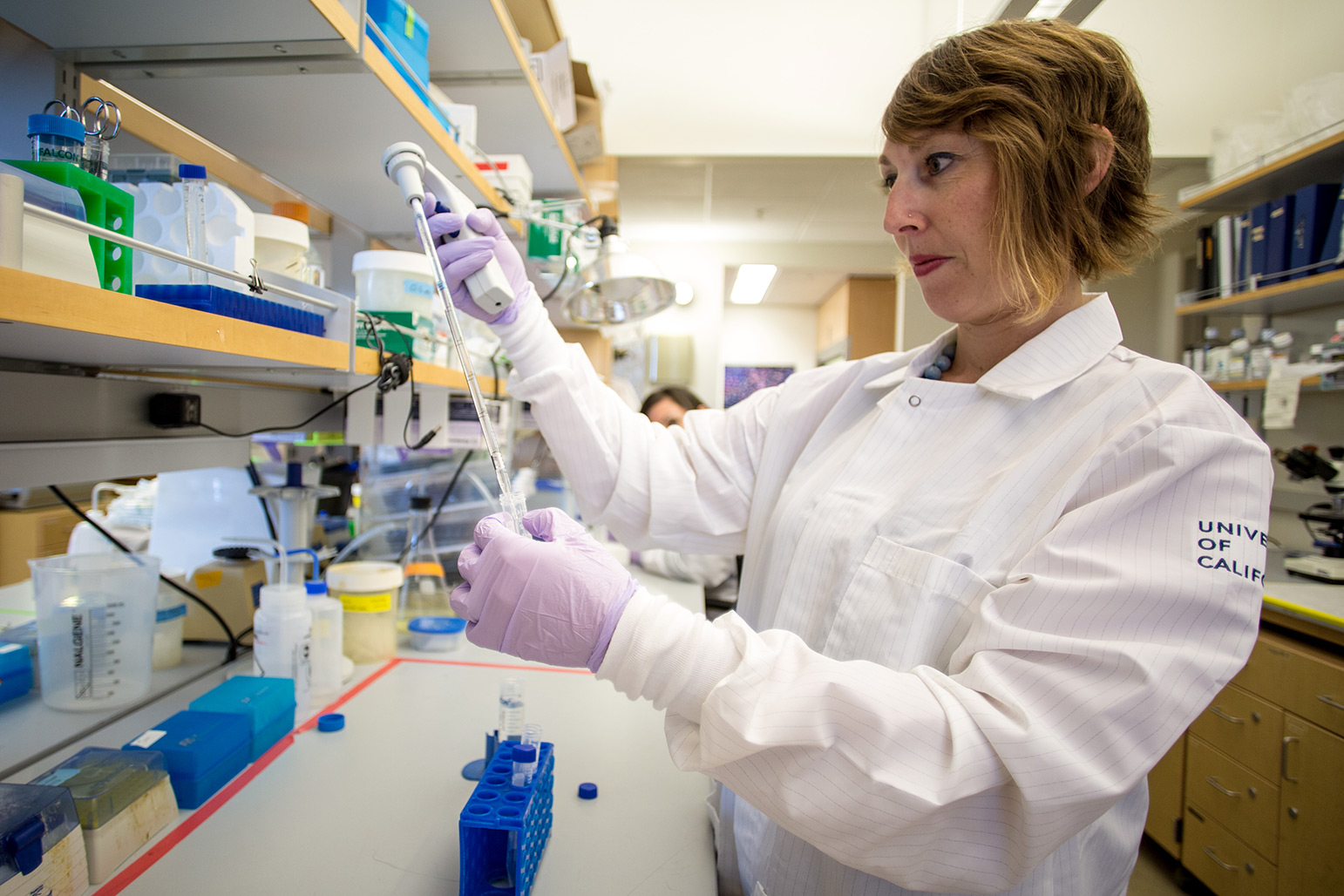 Professor Anna Beaudin is just starting up her lab at UC Merced, but a paper she recently published already has some big implications for understanding autoimmune disease, allergies and rejection of transplanted organs.

A developmental biologist with the School of Natural Sciences and an affiliate of the Health Sciences Research Institute, Beaudin studies how hematopoietic, or blood, stem cells are established during fetal development and how they give rise to the cells that make up our immune system.

“These are the most studied stem cells,” Beaudin said. “A single blood stem cell can be used to replace the entire blood system, which makes them a very powerful system to study stem cell function.”

For many years, scientists have believed stem cells persist for the lifespan of the animal in which they live. Beaudin’s paper — “A Transient Developmental Hematopoietic Stem Cell Gives Rise to Innate-like B- and T-Cells,” published in the journal Cell Stem Cell — shows that the some of the innate stem cells we have while in the womb give rise to immune cells, but disappear before adulthood.

“The developmental stem cells have a very specific job,” she said. “They form specific immune cells that support tolerance to your environment (the womb), but can also rapidly respond to bacterial pathogens that could threaten a fetus. These are your first phase of immunity.”

Scientists used to think of the development of the immune system as a linear progression, but Beaudin’s fate-mapping of the developmental stem cells supports the new idea that “the blood system develops in waves and creates layers of immunity,” she said. Specifically, Beaudin’s lineage tracing identified a transient stem cell that generates lymphocytes and B- and T-cells, each with unique functions.

Adult B- and T-cells function as part of the adaptive, adult immune system. In contrast, the “innate-like” B- and T-cells transiently generated during fetal development are unique in that they act at the interface between the innate and adaptive immune systems. Problems can arise if the development of these innate-like cells is disrupted, as these cells may not be generated again in adulthood.

“It may be that once these transient stem cells have done their job, the specific immune cells they generate are what you get for life,” she said. “But what happens if that is disrupted?”

Beaudin is interested in finding out what happens if the stem cells are perturbed during that critical window of development. If a mother’s immune system is stimulated during pregnancy — for example, during an infection — the transient stem cells in the fetus expand.

“But is that necessarily a good thing?” Beaudin asked.

Beaudin’s work, which she started with her faculty mentor at UC Santa Cruz, has implications for choosing the correct cells for transplantation and could help researchers better understand vaccine efficacy and individual susceptibility to autoimmune diseases like Type I diabetes or to other related conditions like asthma.

The new researcher’s work, supported by a five-year National Institutes of Health grant, will involve several grad students and other researchers at UC Merced as she works to learn more about the development and susceptibility of the immune system.

“I came to UC Merced in large part because of the unique university culture here — the collegiality, the student body, the lively intellectual atmosphere — and the great fit for my research interests,” she said. “I’m looking forward to getting my lab up and running and contributing to UC Merced’s continued growth and excellence.”