As the climate warms, sources of the water so critical to life everywhere on Earth are drying up.

By the end of this century, communities dependent on freshwater from mountain-fed rivers could see significantly less water, according to a new climate model recently released by University of California researchers. 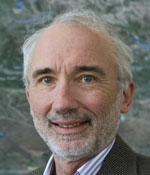 For example, people who get freshwater from the Kings River could see a 26 percent decrease in river flow.

Why? Think of the environment to which humans are now accustomed as a huge jigsaw puzzle.

You can look at any one piece to see how it fills out the picture of climate change, but you cannot ignore the surrounding pieces and the chain reactions set off by the warming climate’s influences on the original piece.

Professors Roger Bales from the University of California, Merced, and Michael L. Goulden from the University of California, Irvine, have been looking into how climate change affects certain plant functions in upper elevations of the Sierra Nevada. The results of their work, “Mountain Runoff Vulnerability to Increased Evapotranspiration with Vegetation Expansion,” were published recently in the Proceedings of the National Academy of Sciences of the United States of America.

The research is another way UC Merced seeks to add to the base of knowledge about climate change and the development of solutions to the challenges it presents.

Bales and Goulden examined the evapotranspiration (ET) of plants in the mountains. ET is water evaporation from the land plus the loss of water through plant leaves during transpiration. The more ET, the less water remaining in drainage basins, such as meadows, where it runs off to rivers.

As the climate warms, higher elevations that are usually snow-dominated see milder temperatures, with plants that normally go dormant during the winter snows remaining active longer.

Higher-elevation plants usually envirotranspire less than plants with year-round growing seasons because they rest for part of the year.

But if they are not resting, they are using up more of the water that people and animals downstream rely on.

“The dramatic changes that Goulden and Bales found in forest water use and runoff could not have been made without having made the necessary measurements to make the forest-water-climate linkage,” UC Merced engineering Professor Martha Conklin said. “Expanding their approach throughout the state’s source water area would provide a scientific basis for managing these areas.”

The data shows that freshwater mountain runoff is highly sensitive to changes in temperature and vegetation growth. With a 4.1 Celsius increase in the Sierra Nevada, which is projected by climate models for 2100, vegetation growth would result in a 28 percent increase in ET.

The researchers’ work shows the relationships between ET, temperature and vegetation growth were similar across a broader area of the Sierra Nevada, suggesting that the impact of climate change on ET and freshwater availability could be widespread.