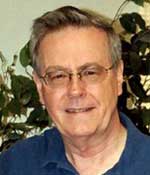 Title:
Research and Development Consultant
Advisory Bio:
Dr. Robin Williams is a consultant on R&D, innovation and transformation, especially in R&D management, research models, and processes. He is a member of the Engineering Dean’s advisory board at UC Santa Cruz, and also at UC Merced, and he was a board member of the UC CITRIS program. He is a member of the board of directors of Schmahl Science Workshops, an educational non-profit organization. Previously he was the Associate Lab Director of the IBM Almaden Research Center, one of the world’s leading research establishments, where he assisted with strategy and innovation for IBM Research, and in running the Almaden lab and the client visitor program. He was also the Research Relationship Manager for IBM’s Global Public Sector (sales, services and consulting) and for the IBM Government industry. While he was the senior manager of Content Management, he led work in multimedia digital libraries, rights management, the long-term preservation of digital data; copy protection and the secure distribution of content, data compression, and virtual private networks. Williams has published many papers, given numerous talks and is the recipient of many patents. He was recognized as a master inventor at IBM and was given a corporate award for the Patent Portfolio Value for one of his patents. He was chairman of the ACM SIGGRAPH professional society (1975-1977) during its rapid growth stage. He was general chairman of IEEE COMPCON 96, program chair of COMPCON 95, co-chair of the IEEE/ACM Second Conference on Computer Workstations 1988, program co-chair of IEEE First Conference on Computer Workstations 1985, and chair of ACM SIGMOD in 1983. He is a Life Fellow of the IEEE and a Fellow of the ACM professional societies. He earned a Ph.D. at New York University in computer science and electrical engineering, and a 1st class honors BS degree in Electrical Engineering at Imperial College, London. For further information on Dr. Williams, please visit: robinwilliams-randd.com.
Affiliation:
robinwilliams-randd.com